Houston’s next up, Yung Pooda makes his highly anticipated return and calls on hit-maker DJ Chose to join in on the action with their new, magnetic collaboration single “Forever Tippin.”

The two trendsetters join forces with an appealing twist of the Salih William-produced classic, “Still Tippin’” by Mike Jones, Paul Wall, and Slim Thug. “Forever Tippin” is available today via It’s A 10 Records on all streaming service platforms. The official music video, directed by legendary director Mr. Boomtown (Gucci Mane, Bun B, Yo Gotti), premiered on BET Jams earlier today and is available to watch via YouTube here now. 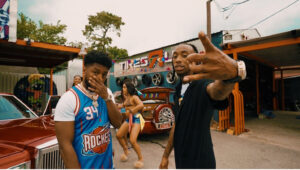 Bringing a fresh dose of energy back to the iconic Hip Hop track, the Houston luminaries storm through the city and pay homage on their equally hard-hitting, Cool & Dre-produced offering.

The must-see moment finds Pooda back with lethal lyrics and eye-catching energy to match. DJ Chose makes his mark serving up a verse that attests to his dynamic talents as a hit-maker. The entire city shows up for the soon-to-be classic visual, including H-town legend Slim Thug who gives his stamp of approval for the bossed-up, hypotonic track. 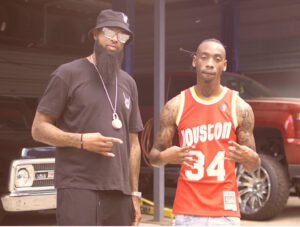 On an unbreakable hot streak, with no signs of ceasing, Yung Pooda has proven to be a force with his magnetic appeal as he makes his way to carry the city as Houston’s next up. The 2021 breakout star was recently featured in his hometown daily paper, The Houston Chronicle where the publication exclaimed that Pooda is well on his way to being ‘Houston’s next hip hop star. ‘

“Forever Tippin” comes on the heels of Pooda’s biggest record to date, “Chicken ‘N Grits” featuring Dreamdoll on the original version and Trey Songz and Dreamdoll for the official remix. The track garnered praise from Hot New Hip Hop, Rap Radar, On Smash, Hip Hop N’ More and is currently in the multi-millions with over 3 million + streams and counting on Spotify solely.

Pooda is set to perform at ‘The Official 713 Day Celebration’ in Houston, TX on July 13th alongside a few of Houston’s legends on the lineup including Lil Keke, Paul Wall, Slim Thug, and more! For more information visit HERE. 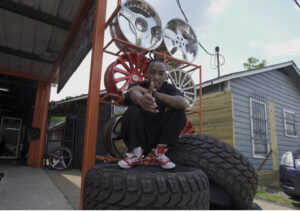 “Yung Pooda could be Houston’s next hip-hop star”
Houston Chronicle
“Yung Pooda is winning the battle between life and art…”
Rolling Out
Nothing holds more weight than a promise.

In 2019, Yung Pooda found himself at a crossroads between the streets and the studio. After performing alongside legends such as Boosie Badazz, Slim Thug, and Z-Ro, recording with platinum icon Paul Wall, and igniting a buzz of his own throughout the country, the Houston rapper made an important pledge to himself. His pledge changed the course of everything to follow in its wake.

“In the middle of recording and getting in all kinds of trouble, I promised God I would get out of the streets and just do music,” he admits. “I stuck to my word.”

Long before this vow, hip-hop called to him as a kid in Orange, TX. Pooda’s mother bumped Naughty by Nature’s “Hip Hop Hooray” throughout the one-bedroom and one-bathroom house built by his grandfather that he and his mom shared with his grandma. As he puts it, “I used to go nuts to that song!” He used to listen to classics from OutKast, JAY-Z, Lil Wayne, Master P, Ludacris, DJ Screw, and more. When Pooda visited dad, pops actually built a home studio at his spot to cook up beats and DJ.  Growing up, he practiced his skills on the mic and sharpened the wordplay, developing a signature style. He sent shockwaves through the city after a successful showcase, earning endorsements from the likes of DJ Hi-C of Houston’s 97.9 The BOX who said, “He’s always been a lyricist.” Inciting local excitement, he performed multiple tour dates with Boosie Badazz and teamed up with Paul Wall for the single “Beat Up The Block.”

Relocating to Prairie View, he moved into a two-story house with his cousin and two friends where they “were trapping and getting money, but shit got too hectic.” At this point, he reset everything. “There were fights, threats, and all types of shit,” he recalls. “I ended up saying that prayer.”

His music made its way to Jeff Aronson, CEO of It’s A 10 Records, a boutique label with a distribution deal with Empire, who immediately signed him in 2019. Now, he properly introduces his signature sound and vibes on his upcoming LP, Vivid Pictures. In 2020, Pooda made waves on Tik Tok and mix show radio with the release of his first single, “Repeat Dat” which was produced by GRAMMY® Award-winning duo Cool & Dre [JAY-Z, Beyoncé, Nas] along with a reflective song, “Lies Told”- his thoughtful response to social unrest and police brutality.  This year, his critically acclaimed newest single, “Chicken N Grits” is bringing him to the forefront. C&G has earned over 30 million Tik Tok views, was the #4 “Most Added” song on urban radio, and is in rotation at BET Jams, Revolt, and YO! MTV Raps.

The title track “Vivid Pictures” places cinematic verses in between soulful samples and is at the heart of Pooda’s approach to music and life.  “There’s a deep meaning,” he explains. “I aspire to be an artist and more than a rapper. I’m inspired by Picasso and Leonardo Da Vinci. When I listen to a beat in my head, I’m putting art together. The eyes are the windows to the soul. Everything is clear. Each song gives you a visual like a movie. That’s Vivid Pictures to me. It’s the frequency I want to be on.”

In the end, Pooda fulfills every promise and leaves his mark on the culture in the process. “When you listen to me, I want you to feel enlightened and great,” he leaves off. “I hope you relate to the emotion and know you’re not alone. I’m young enough to make mistakes and old enough to know better. I’m telling my story. I’m human.”

Toyota adds 3 new members to its Diversity Advisory Board