Clarence Williams III, star of the groundbreaking television series, “The Mod Squad,” succumbed to colon cancer at the age of 81 on Friday, as confirmed by his manager Allen Mindel in a statement Sunday.

Born in New York City, Williams III started his acting career on Broadway and received his big break for his role in 1964’s “The Slow Dance on the Killing Grounds.”

Although he is most known for his role as a counter-culture cop in “The Mod Squad” television series, Williams III has proven himself as a dynamic actor in his scene-stealing roles in cult-classic films. He played the abusive father of Prince in 1984’s “Purple Rain” and drug lord Sampson Simpson in Dave Chapelle’s “Half-Baked.”

Most fans identify Williams III as the hippie cop in “The Mod Squad,” and according to the Daily Mail, an interview of Williams in 1999 revealed that he didn’t mind being known for his claim-to-fame role. 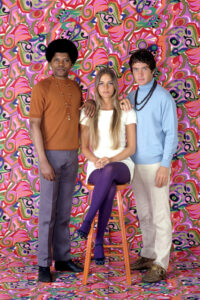 “All most people know about me is the two hours they’ve invested in a movie theater or the time they spent in front of their TV,” said Williams III. “There’s so much entertainment out there right now, it’s difficult to break through and become part of the national consciousness. It’s nice to be recognized, and I have no problem with it at all.”

LeBron James signs with Pepsi after 18 years with Coca-Cola